From Polaroids to Sculpture: Hearts in San Francisco

What do boat epoxy, 1,035 Polaroids, Elixir Design and San Francisco General Hospital have in common?

We all benefit from the talents of William Westley (aka Billy)! Elixir gets first dibs on Billy’s capabilities during the work week, but after hours, Billy and his partner, Bruce Scott, run an instant photo-a-day blog called polaroidsf.com. The blog was started three years ago as a love letter to San Francisco and captures everyday city life – a sunset, a dog, a street – a collection of sights of the city in time and space. Bruce and Billy had a stroke of synergistic inspiration when they used their blog as the premise to design a heart for the 2015 Hearts in San Francisco Project that benefits San Francisco General Hospital.

The “Hearts in San Francisco” project is an annual sculpture series that was started in 2004 and inspired by Tony Bennet’s song, “I Left my Heart in San Francisco,” another love letter to this city. The project has raised $11.5 million dollars for research and intensive programs. In over ten years, 200 hearts have been designed by local artists and sold at auction. The hearts are publicly displayed for a year, most prominently in Union Square, before they return to the auction winners.

Billy and Bruce thought that designing one of these signatures-of-the-city with photos would be a great real-world translation of polaroidsf.com, help a great cause, and be a unique and special project. They planned to cover the five foot tall fiberglass heart with instant photos taken of San Francisco by San Franciscans. They envisioned a community project that would give a snap shot of San Francisco through a multitude of lenses, literally. What better way to capture the spirit of a place?

When their proposal was accepted they put out a call for instant photographs and were blown away with the response. Each photo is a little story in and of itself. With the aesthetic direction decided, they faced a technical challenge: how to get the photos permanently in place and adhere to the heart. They finally settled on boat epoxy, a combination of epoxy resin and polyurethane. Of course they did.

As we approach February 14, love is in the air and hearts surround us. The 400 pound heart closest to ours, as well as the 13 other 2015 large hearts, five table top sized hearts and 11 mini mosaics will be auctioned off on February 12th at the Hero’s & Hearts Luncheon at AT&T Park. At Elixir we couldn’t be prouder of Billy and Bruce for their achievement, collaborative inspiration, and memorable take on the city and the hearts that live here. We have our candles lit and fingers crossed for a Union Square placement! 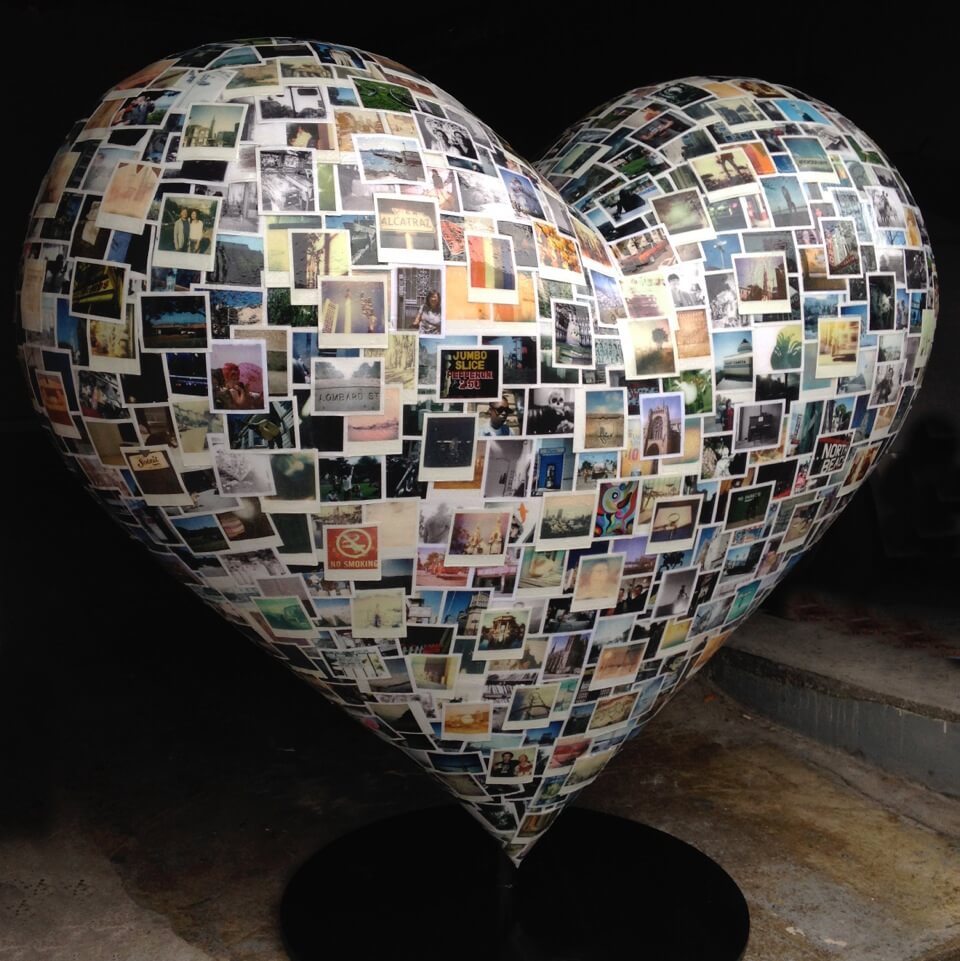 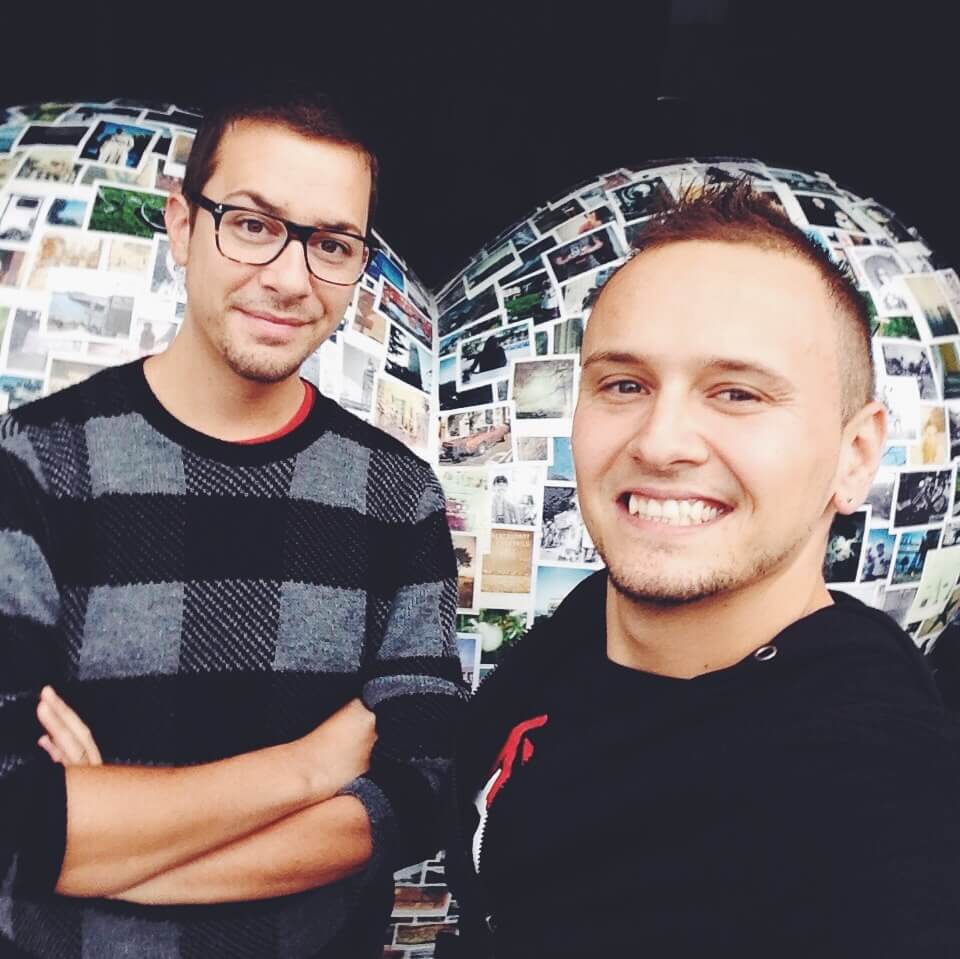