On the design radar

The March/April Communication Arts (CA) celebrates the magazine’s 50th anniversary, and Elixir is honored to be mentioned twice in this retrospective issue. 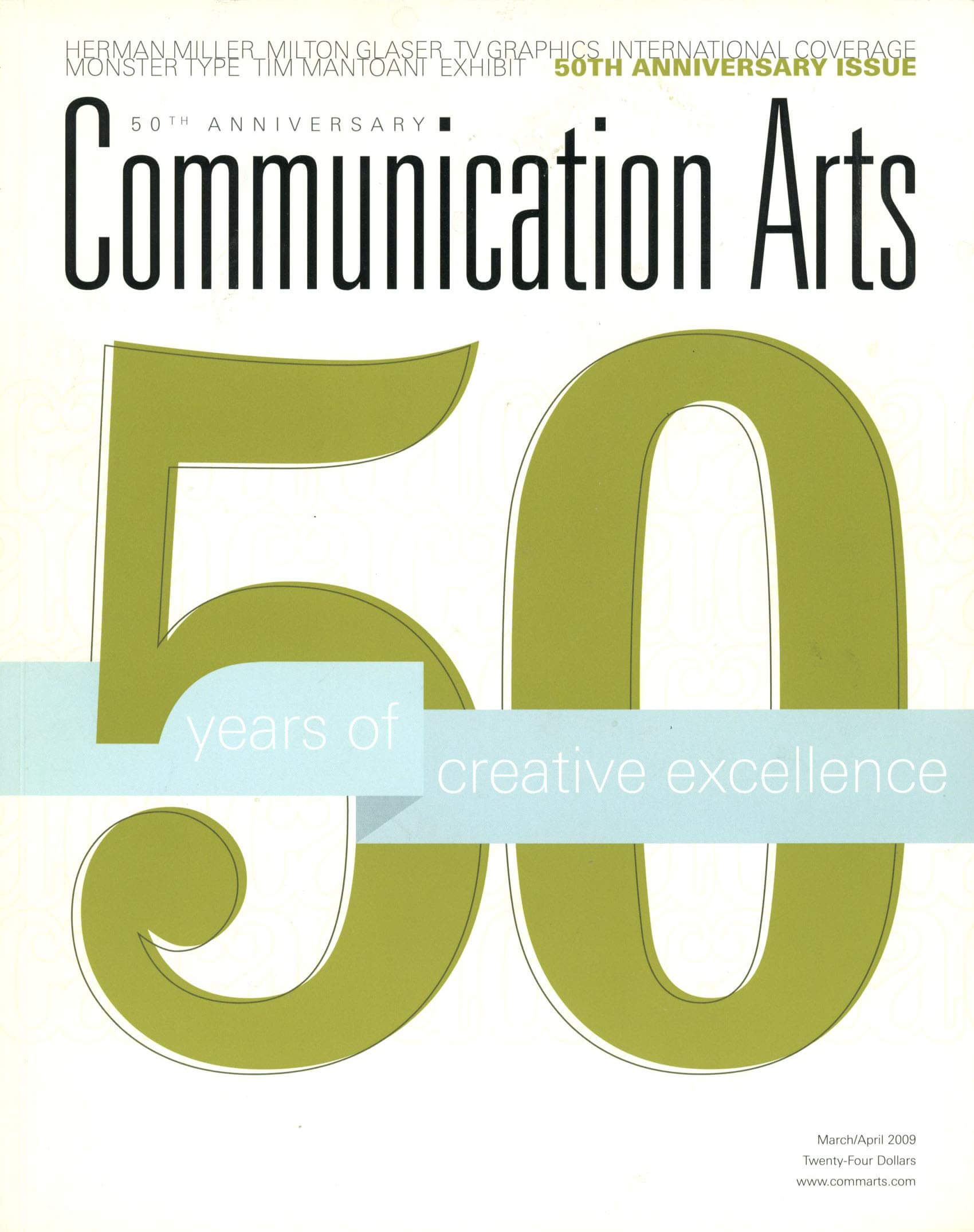 The March/April Communication Arts (CA) celebrates the magazine’s 50th anniversary, and Elixir is honored to be mentioned twice in this retrospective issue. CA, which originally stood for “commercial art,” predates most of us. It has always been there: fresh work beautifully reproduced, plus forward-thinking, history-respecting perspective. But in 1959, the magazine was blazing a trail in the CMYK wilderness and being perfect-bound by hand!

The current issue features two big-picture information graphics: a 20-page 50-year timeline and a Visual Communications Genealogy. The logo Elixir created for New Leaf Paper appears on the timeline {top of page 82}, which starts with, not surprisingly, the cover of the first issue and ends with Mad Men and Barack Obama.

And we are included in a Visual Communications Genealogy, which Editor Patrick Coyne describes as a work-in-progress: “to provide an understanding of the impact of mentorship on design and advertising.” Elixir is in very exalted company in the honeycomb of San Francisco design on page 126.

In addition to reminiscences and reflections, the issue is rich to the last spread with enticing resources: from book reviews to Swiss font furniture; from a photo-sharing site that encouraged us to strew our photos across the floor, to an application that converts digital photos to their Polaroid equivalent. This issue is a mega-maga-matic of our moment in time.